MONCKS CORNER, SC –Charleston Auto Auction celebrated its 8th Anniversary on March 13 with an action-packed sale that resulted in a near 70-percent conversion rate, and the return of the auction's now-famous $1,000,000 Sweepstakes. The event drew record-breaking attendance as dealers from all over the country crowded the lanes and logged in online to participate in the fastest growing auction in the southeast region.

The day broke bright and clear, and eager dealers arrived early to look over the inventory and enjoy the free breakfast that started the day's anniversary activities. The auction offered floats on all units purchased by qualifying dealers, and as the sale began the lanes were full of dealers ready to buy.

The sale included more than 1,200 vehicles, including 70 in the special "Toys for Boys" lane which showcased boats, motorcycles, ATV's, RV's, Classic Cars and Hot Rods. Featured in the lease/bank lane were over 100 units from Wheels, Inc. and over 50 units from ARI. In addition, over thirty new car franchise stores consigned more than 200 units for the sale.

"It was a great day for buying and selling cars," said Keith Lelux, Charleston Auto Auction's owner/managing partner. "We had a tremendous lineup of inventory from national consignors, new car stores and used car dealers, and more customers here to buy than we've ever seen in the lanes before. It was also a record breaking day for online sales, with over 60 units sold via Pipeline Simulcast. Overall it was a great way to celebrate our 8th anniversary, proving once again that buyers and sellers can 'Count on Us' for a great auction, week in and week out, year after year!"

Anticipation ran high throughout the day as customers eagerly looked forward to the prize drawings held at the end of the sale. For ten weeks prior to the anniversary event, dealers had been qualifying for a chance to participate in the $1 Million Sweepstakes. Unfortunately no one took home the million dollars, but three finalists won $5000 each, and 21 other dealers were winners in the drawing for $50,000 in merchandise. Charleston Auto Auction is a member of the ServNet Auction Group. It holds a sale every Friday at 10 am, with a damaged and disabled sale at 9:30 am. For more information about Charleston Auction, go to www.charlestonautoauction.net. 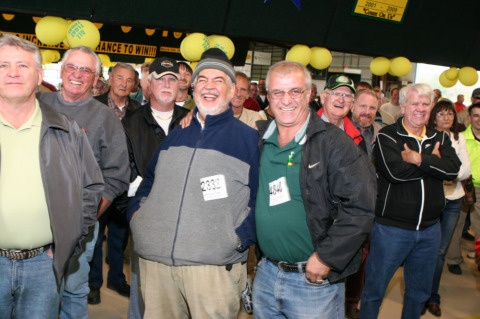 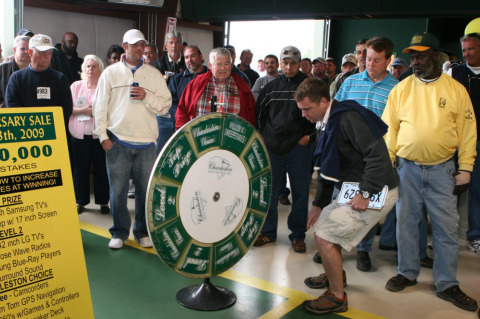 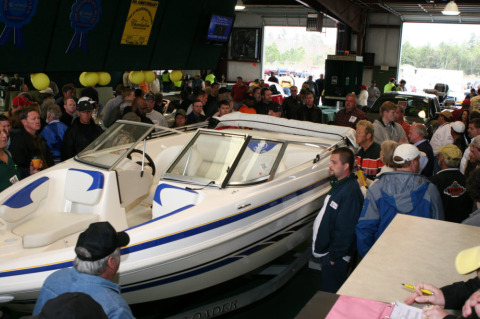 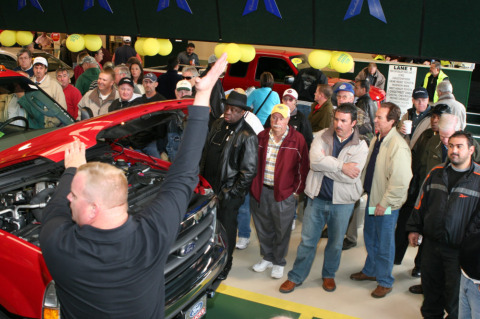 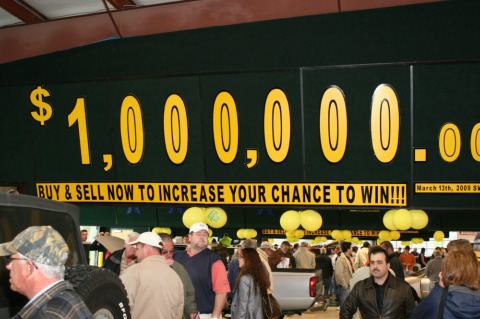