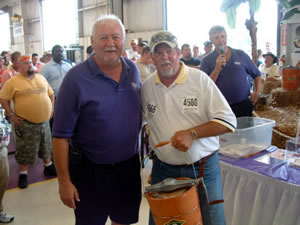 Topping the prize list was a $30,000 in cash, which was won by Mac Snyder of M. Snyder’s, Inc., who donated the total of his winings to the World Evangelism Center of North Greenville University in Tigerville, S.C.